HYDERABAD: An MBBS degree draws awed reactions from the society because of the intense competition involved in securing a medical seat. However, when it comes to the salary part, an MBBS graduate manages to earn what a B Tech recruit earn as freshers in an IT company – anywhere between Rs 15,000 and Rs 25,000. Despite […] 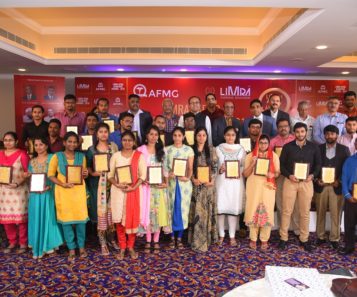 Lorem Ipsum is simply dummied text of the printing and typesetting industry. Lorem Ipsum has been the industry’s standard dummy text ever since the 1500s when an unknown printer took a galley of type and scrambled it to make a type specimen book. It has survived not only five centuries, but also the leap into electronic […]

KOCHI: From January 2018, medical degree holders from a foreign university would be required to do a one-year internship at a Medical Council of India-recognized institute in the country to make them eligible for medical practice in Kerala. MCI doesn’t insist on internship in India. However, the Travancore Cochin Medical Council (TCMC), in its order on October 25, 2017, […]

There were only 4.8 practising doctors per 10,000 people in India in 2014, says a study New Delhi: To achieve a modest doctor-to-population ratio of 1:1,000, India will need 2.07 million more doctors by 2030, according to a study published in the Indian Journal of Public Health, in September this year. The study titled Aggregate Availability of Doctors […]

Mental health programme has only 8 psychiatrists for 14 districts Lack of psychiatrists willing to work in rural areas is posing a major problem to the District Mental Health Programme (DMHP). As a solution, the Directorate of Health Services (DHS) now plans to open the posts to MBBS doctors. Once hired, these doctors will undergo […]

JABALPUR: Madhya Pradesh high court on Tuesday granted seven days’ time to the director of medical education to submit the report regarding the admissions done during the ‘mop-up round’ of MBBS counselling and those under the NRI quota in private and government-run medical colleges of the state. The court’s move came after the officials of […]

NEW DELHI: The Medical Council of India (MCI), the apex regulatory body for medical education, has refused to intervene in the issue of private medical colleges in Karnataka not paying MBBS students a stipend during their one-year internship, saying this was beyond its purview. The MCI was looking into a complaint from Karnataka about non-payment […]

CHENNAI: The state directorate of medical education has asked the Medical Council of India for permission to add at least 250 more undergraduate medical seats at the three existing government colleges in Madurai, Tirunelveli and Chengalpet. If the state gets the sanction, the number of seats in the colleges at Madurai and Tirunelveli will go […]